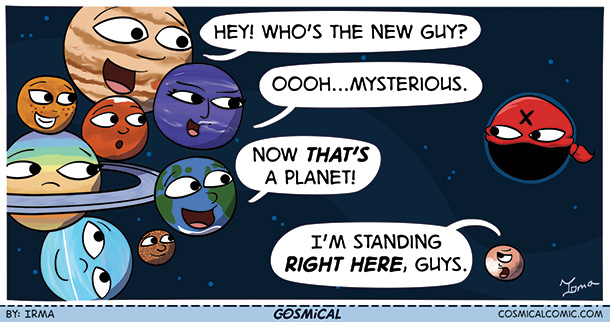 The theory of a large planet lurking somewhere far past Neptune has been around for a while. But just recently scientists have found some real evidence for its existence. They say there are objects in the Kuiper Belt that wouldn’t move they way they do if that planet was not there. The alleged planet is so far away that we can’t see it from here, so who knows how long it will be until we can capture a picture of it, assuming it even exists!

Real or not, how do you think Pluto feels about everyone already calling this mysterious object a planet? 😉